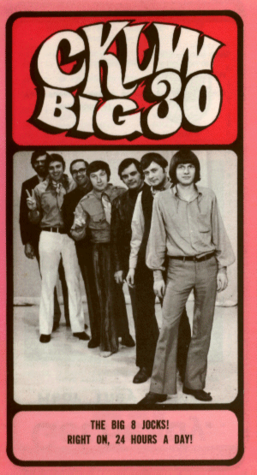 and the opening to Harry Abraham's all-night jazz show of the '70s on WHAM.

Dick Biondi worked at WKBW in the earlier 60s before going to Chicago. 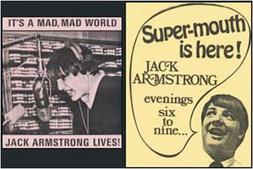 Jack Mindy, whom I had the pleasure of working with at Jazz 90.1/WGMC, became the play-by-play announcer in the movie SLAP SHOT when the actor hired to do it... couldn't do it. Dig Jack's sport coat. It would make Lindsey Nelson proud. On the right, an aircheck of Jack Armstrong from '73 at 13Q, Pittsburgh. He is on fire here, listen to the way he crams in Mark Driscoll jokes on the song intro. I can't listen to this without grinning ear to ear. 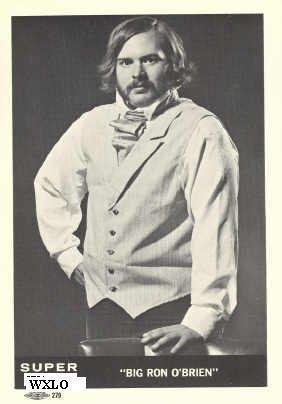 The Ron Britain Show at the top of his game. WCFL, 1967. More of Ron on the More Great Airchecks page.

The Big 8 had a great signal. This 60s to 70s sampler starts with Big Tom Rivers
and Charlie Van Dyke. To the right, All-American Boy and speed talking demon.

A WKBW wheel of talent: the KB VIPs.

By 1977, WCFL was no longer a Top 40 station, but you would never know the end was near from this personality driven, kind of loose show Ron O'Brien was hosting in July 1976 (left). Yes, Casey Kasem stopped here. 1960 at WBNY in Buffalo. You can see he was trying to figure out who he was and was going to be on the air.

There are airchecks of my shows on WCMF, WGMC/Jazz 90.1 and WSAY in the red bar on the right side of the bio page of this site, and in the upper left blue box on this page. 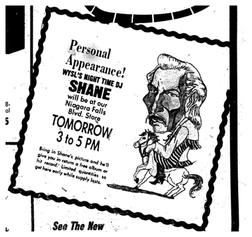 The growling energy of Dr. Brock on 'CFL in 1974,  then the pipes of Fred Winston.

Right on indeed! The Big 8 CKLW jocks on the

​cover of their weekly Top 30 sheet, available at

a record store near you.

Barney Pip followed Britain weeknights on WCFL and presented quite a vocal contrast.

​Get a FREE demo read of a portion of your script or a price quote FAST.

Just email chucketal at aol.com, replacing the "at" with the @ symbol. 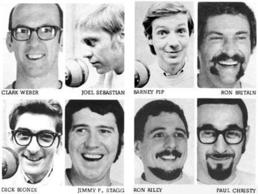 As a kid growing up on Lake Erie in Angola, NY, only 20 miles south of Buffalo, I was able to hear great radio personalities from Toronto, Detroit, Chicago, NYC, Buffalo and beyond. This was back when radio was filled with color, excitement, and real people. I was privileged to hear Ron Britain and his "wall of sound effects" controlled chaos show on WCFL. The incredibly fast talking Jack Armstrong, first on WKYC and then on KB. The speed of his delivery was to radio as Maynard Ferguson's high notes were to jazz trumpet. Ron "King B" Britain used to say he was doing radio for himself, stuff that made him laugh. And if you had the same sense of humor he did (and I certainly did as a kid), it was also radio for you. You didn't know what was coming next but you knew this man was having a great time and getting paid for it.

A few DJs I really enjoyed and learned from:

WYSL, Buffalo – Dick "Wild Child" Kemp and Jack Mindy, whom I later worked with at Jazz 90.1 in Rochester

Great jazz shows – like Ken Ruof on WADV and Al Wallack on WEBR in Buffalo, and Harry Abraham's "Best of All Possible Worlds" on WHAM.

WHAM, Rochester – Jack Slattery, "The World's Tallest Midget" and George Haefner,  wonderful radio broadcasters and human beings whom I worked with at "The New WSAY"

WAXC, Rochester – The Greaseman, who went to DC, Ferdinand Jay, Steve Bleecker, and Larry White, who created a great high-energy Top 40 station just about the time AM radio music formats were losing audience to FM.

An Ever-Expanding Bunch of Airchecks​​

A late 60s lineup photo sheet from WCFL, including
​Joel Sebastian, Britain, Pip, Biondi and others.

Shane, on WYSL in 1974, makes a personal appearance.
Bring this picture with you and receive a free autograph

GREAT RADIO AIRCHECKS FROM THE 60s THROUGH THE 80s 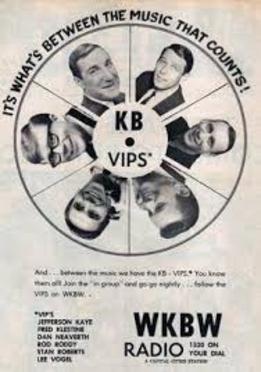 As a kid, I listened to a lot of urban radio on WUFO and WBLK in Buffalo, and came to really love many "hip" Black DJS. On the left is a 1968 aircheck of "Sunny Jim" Kelsey, a morning show host at DC soul music station WOL (1450 AM) in the 1960s and 1970s. Check out the great Preparation H commercial. Also from DC, on the right, is WMAL's Harden and Weaver morning show in 1970. These guys had fun, were fun, and legendary in our nation's capital for decades. They began together in 1960. 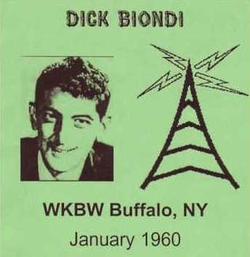 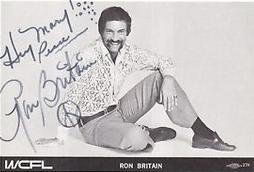 While Cousin Brucie was the big gun at WABC in New York, I always appreciated
Dan Ingram more. That's an Ingram air check on the left above, Brucie on the right.

The youthful Dick Biondi at WKBW.

The sartorial splendor of the well-traveled Big Ron O'Brien. I've never heard a bad Big Ron aircheck. He simply brought joy to the airwaves and you could tell he loved what he did, no matter the station, market, or format.

Airchecks of Chuck, including a reasonably

Some Jack Armstrong promotion from 1050