My time at WCMF (morning show host and Program Director, album rock) and WSAY (midday host and Program Director, MOR) was back in the day when radio was fun and filled with personality. There was no automation, and we even played vinyl. Many of these memories are actually true. Others may me slightly addled by time, but the gist of what Stephen Colbert calls "the ring of truthiness" is there.​

​
We used to do downstairs live concerts. One was scheduled with John Valby, but I had my serious doubts. He assured me he had "clean versions" of all his songs. I listened at home and 15 minutes into it, had to pull the plug. He tried, but he just couldn't help being obscene. Amusingly so, but still "Dr. Dirty obscene.

Jerry Garcia and the Godcheauxs being interviewed by Ted Edwards. The GM/owner bursts into the studio, alerted by all the snorting sounds. "You've gotta get those people out of there! They're doing cocaine on the air!!!!" Gary Whipple explains to him that Jerry Garcia is as big as John Lennon and almost as famous as God. The GM ponders, then says, "Well, fine, but the minute the interview is over I want them out of here!"

One year, in a surreal moment right out of WKRP, our Christmas bonus was a turkey. We were allowed to visit the roof turkey gallery where we could select the frozen bird of our choice.

There was a very balky reel-to-reel tape deck. GM Jim Trayhearn  said we could replace it only when it "really broke." After a few months of frustration, someone took it to the second story window and dumped it out into the parking lot below. He (I don't recall who) then went into Trayhearn's office and said, "Well, that tape deck finally gave it up...."

Newsman Blaine Schwartz used to really go out and dig for news in investigative reporter-like fashion. I recall one scoop where he found that a local car dealer was "bugging" the sales offices, so that when the salesman went to "talk it over with his manager," they could listen in on the conversation amongst the potential buyers. BUSTED!

Unkle Roger did the morning show at one point, but enjoyed overnights more. I would be driving in listening to him and he'd said it 3:14 when it was 5:14, but as in Vegas, that didn't really matter overnights. When I arrived about 5:30 am, I never knew who would greet me along with Unk. He befriended a lot of musicians and interesting characters and tirelessly advocated for local bands. He was a beautiful soul with a huge heart. One morning we were "cross-talking" and I asked why he had such a large stick with him. He told me he was walking home and would use it to "beat off dogs." A good deal of actual LOL'ing ensued.

Apparently, after a downstairs concert at
WCMF on Leighton Avenue (April 1979)
​I interviewed  the late Peppi and other
members of the Good Rats, a band with a

This was "The New WSAY," a WHAM clone owned by Lew Dickey, Sr., not the previous Gordon Brown-owned album rocking WSAY.

Lew Dickey Sr. offering anyone $50 to climb a tower and replace a bulb. He had no takers, and certainly not any of the engineers. Or even the jocks. We were dumb, but we weren't stupid.
​

Management refusing to buy chairs once they'd renovated the studios, so we brought in our own lawn chairs. Jack Slattery to me, "I view this as not a good sign." (Jack was correct about that.)

While studio renovations on French Rd. took place, we broadcast from a townhouse across the street. Each time someone slammed the entry door downstairs, the record playing in the upstairs studio skipped.

Look at the hair on me! So thick I had to get it"thinned out" at every haircut. Haircut?! Now: what's a haircut?

There are some airchecks of WCMF and The "New" WSAY on the bio page here. 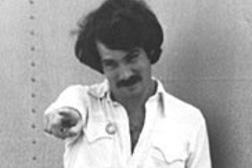 Gary Whipple, 7 to midnight and Ted Edwards, afternoons, on WCMF. Also likely at a 'CMF 50% Off Fair. 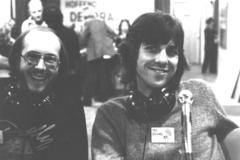 Dia Stein, middays; Unkle Roger McCall, overnights, with Bimp the Wonder Panda at a WCMF 50%-Off Fair at the War Memorial. 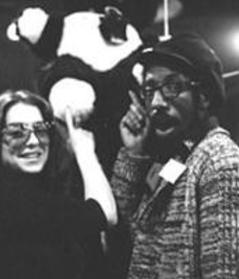 TALES OF WCMF AND WSAY,

BACK IN THE DAY

​Get a FREE demo read of a portion of your script or a price quote FAST.

Just email chucketal at aol.com, replacing the "at" with the @ symbol.